This article is adapted from a presentation I gave on the Builder Pattern for Deloitte Digital on Friday the 15th May 2015. 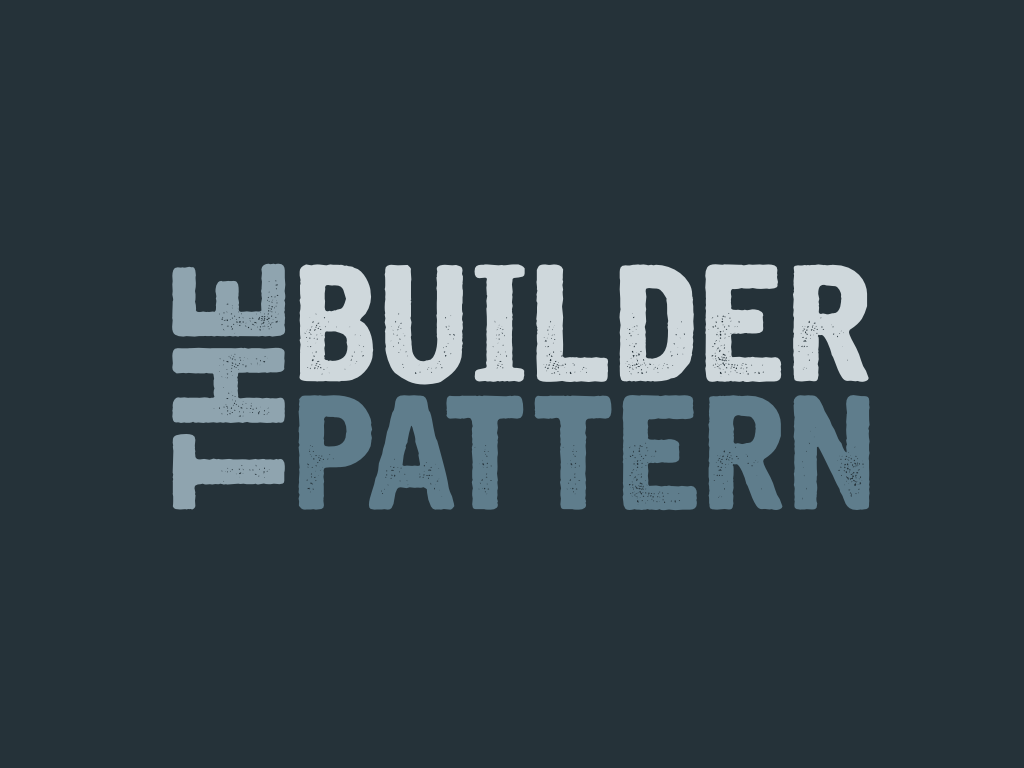 Lets talk a bit about the Builder Pattern. But why the builder pattern in particular? Well being a bit of a technical butterfly jumping around from language to language, technology to technology, there are a surprisingly small amount of patterns that port well. So I tend to fall into patterns when writing code more than actually thinking "oh this could be solved using the XYZ pattern to decouple the doo-hickey from the weehoo". The builder pattern, however, I've always found to be very portable across technology and language domains. It may not exist in most domains to solve the original problem it was created for but it is really rather versatile and can be used to create cleaner code. It is also a very applicable when constructing representations of your data such as HTML, XML, JSON etc. and this is an area you're unlikely to avoid in any project regardless of technology or language. 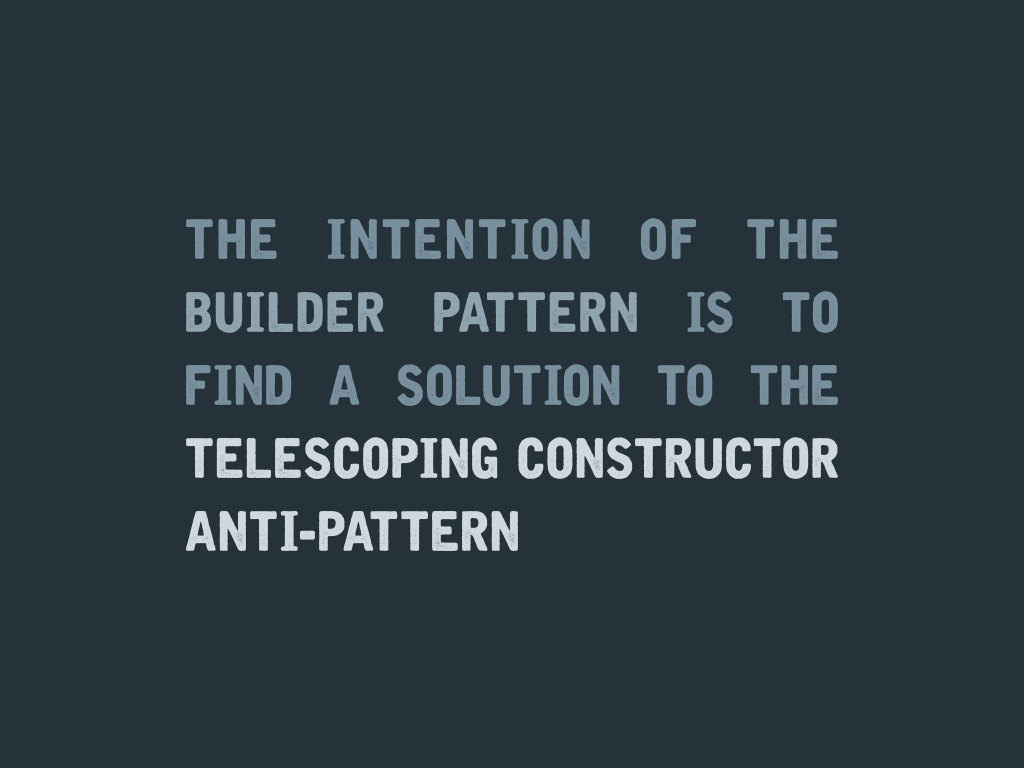 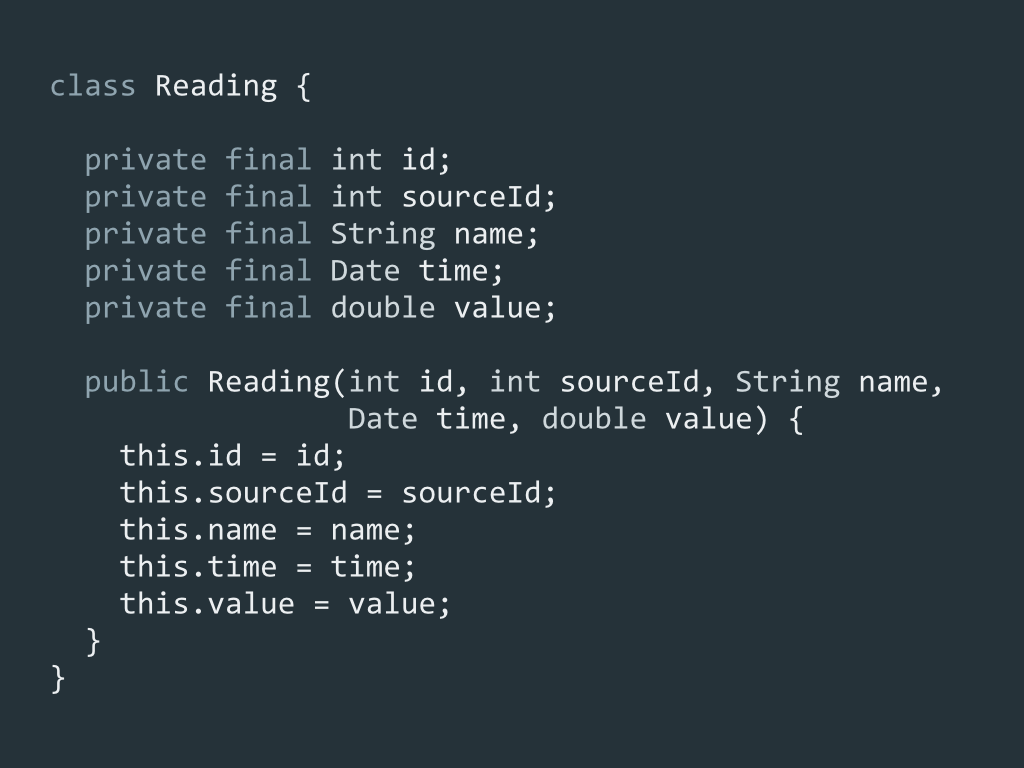 Here we have the definition of Reading class. It represents some sort of discrete reading from a sensor or something similar. It has a number of immutable properties and a single constructor for creating an instance of a Reading.

Now lets imagine all of these Reading properties are optional and can be defined with default values. So we can begin by filling in constructors to support easy construction of this class with defaults.

With this constructor we call the previous "full" constructor passing a default value in. This is the first link in a chain of constructor calls.

Successively adding another constructor to the chain of constructors.

You'll notice that only a single default value is passed to the next constructor so we aren't duplicating construction logic and default values.

If we zoom out and look at an outline of our class constructors we can get a better picture of what has happened.

If you've ever owned or just seen a collapsible telescope you can see where the telescoping constructor anti-pattern gets its name. 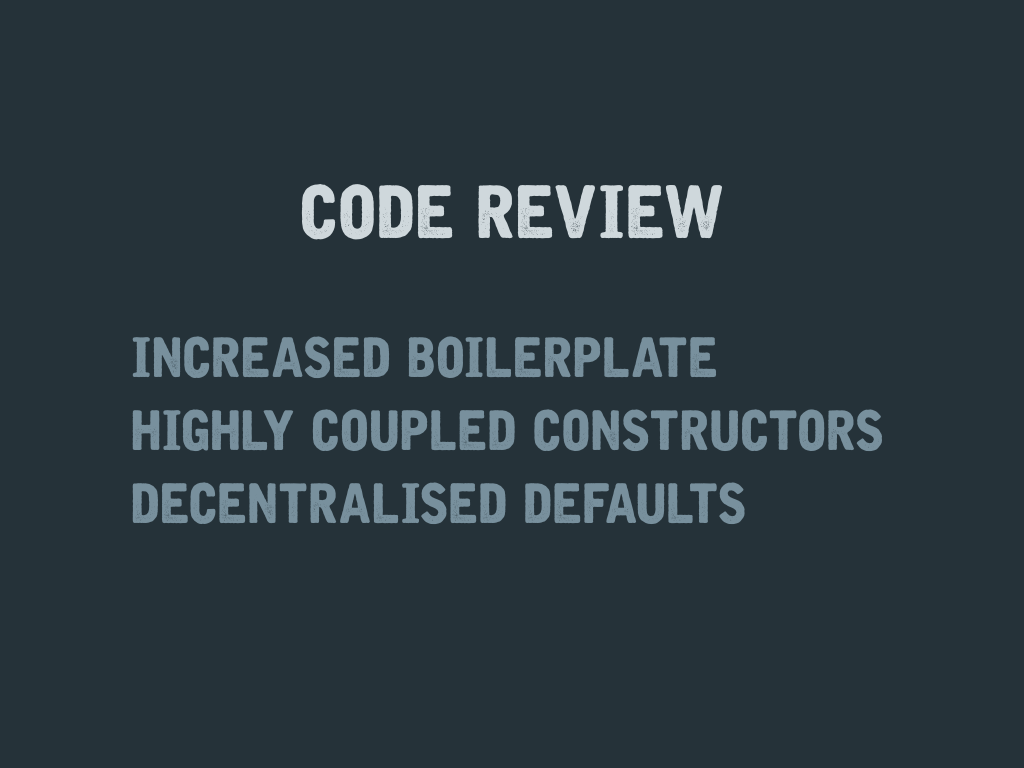 So at this point we have a few minor problems

If you think about it for a while you'll likely see a few simple ways to remove these issues without having to resort to nothing more than a bit of tweaking and refactoring of the current solution.

But lets consider some other scenarios. 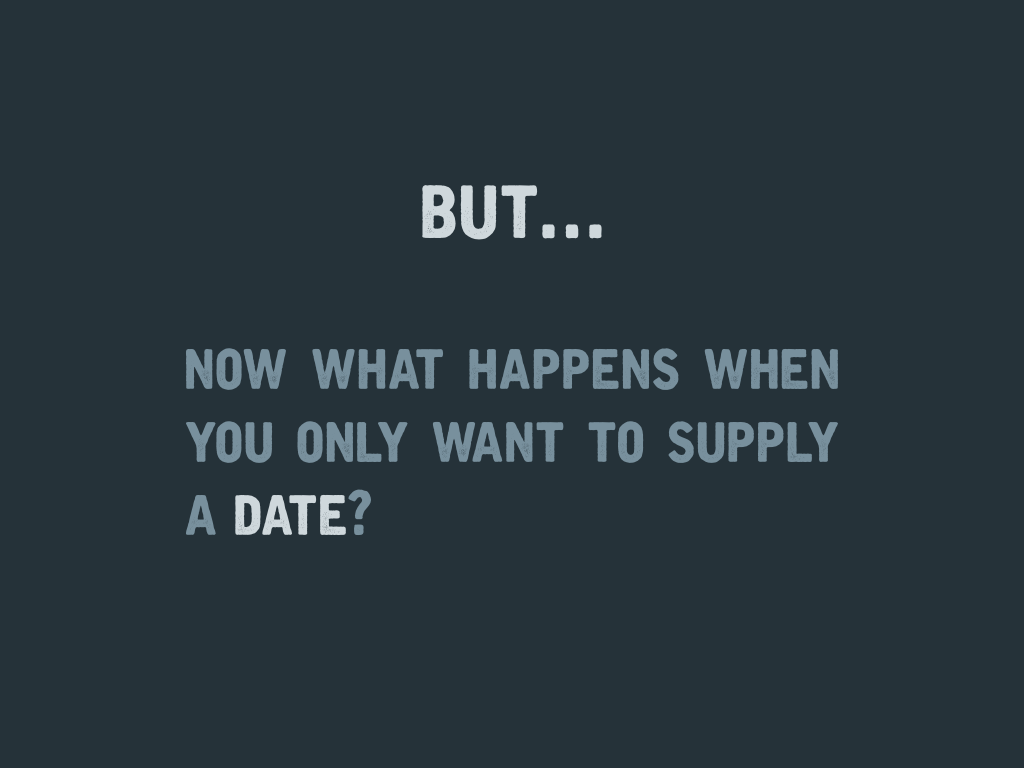 So what happens when we want to support constructing a Reading and we only want to set the time to a non-default value? 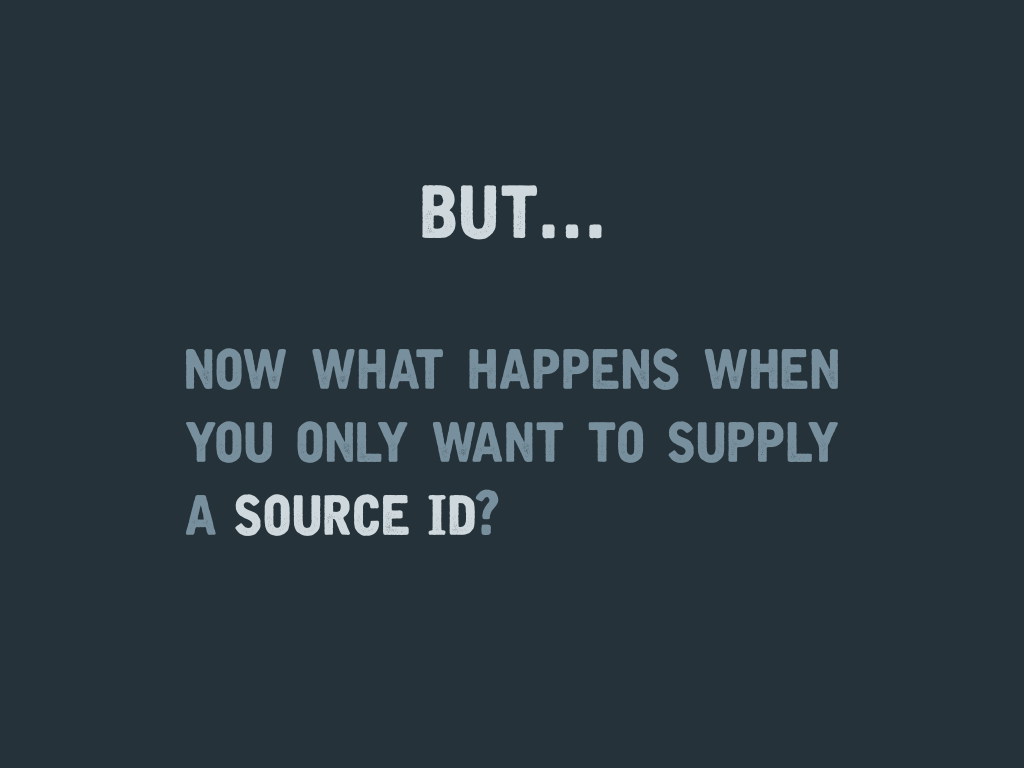 What happens then if we want to introduce a constructor that only sets the sourceId property? Now we have a problem,

We already have a constructor that takes a single int for id. Working around this may require exposing the knowledge of default values outside the class and have the constructing object know to pass in -1 to the 2 arg constructor but then we have externalised coupling and what's the point of having a nice encapsulated OO design if you end up doing something like this?

Those among you who use sensible languages that have features such as default parameter values and copy constructors will find this isn't as much of a problem but even in those languages its possible to tie yourself up in knots. 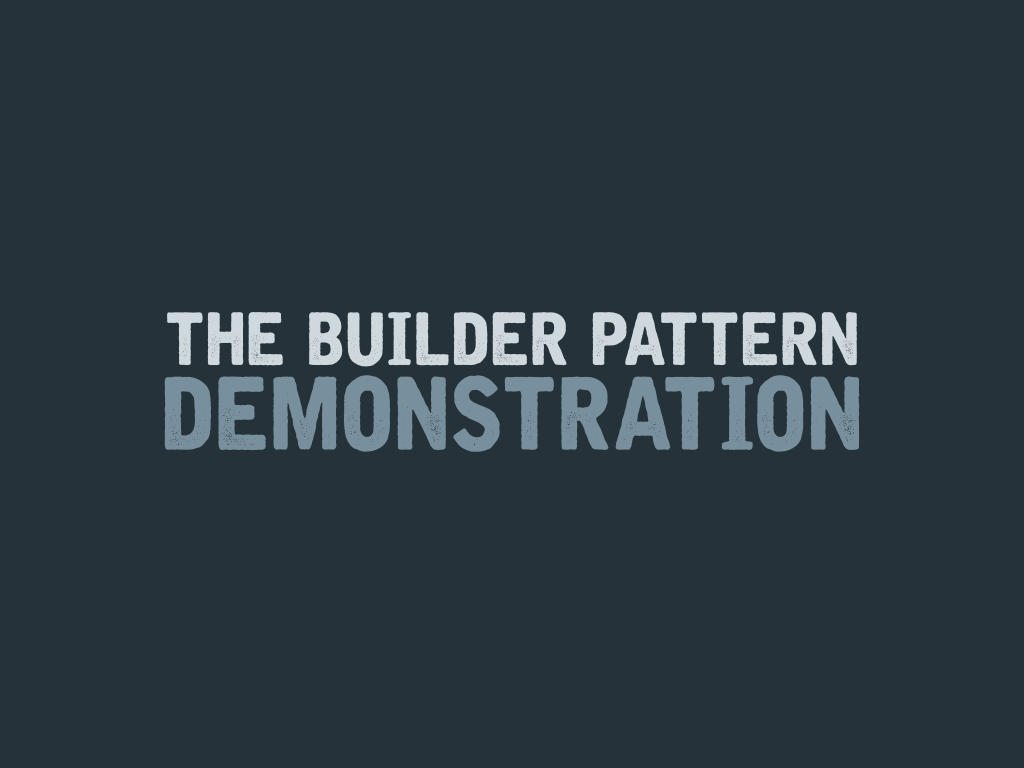 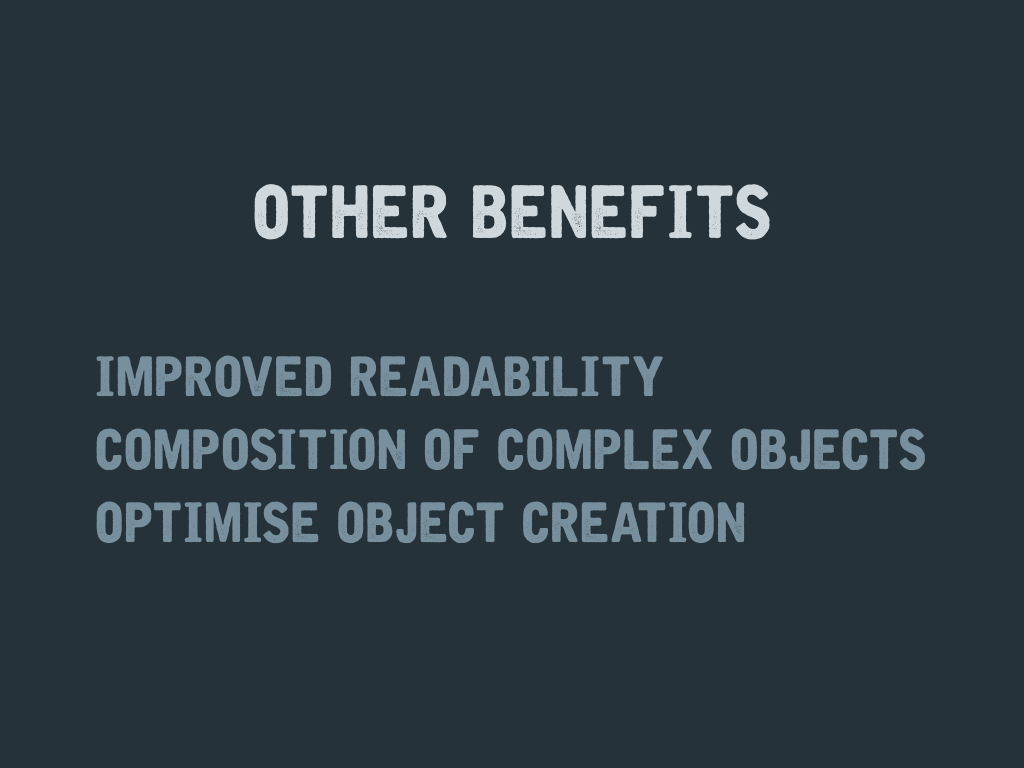 To demonstrate this lets take a look at a method for building a customer order. 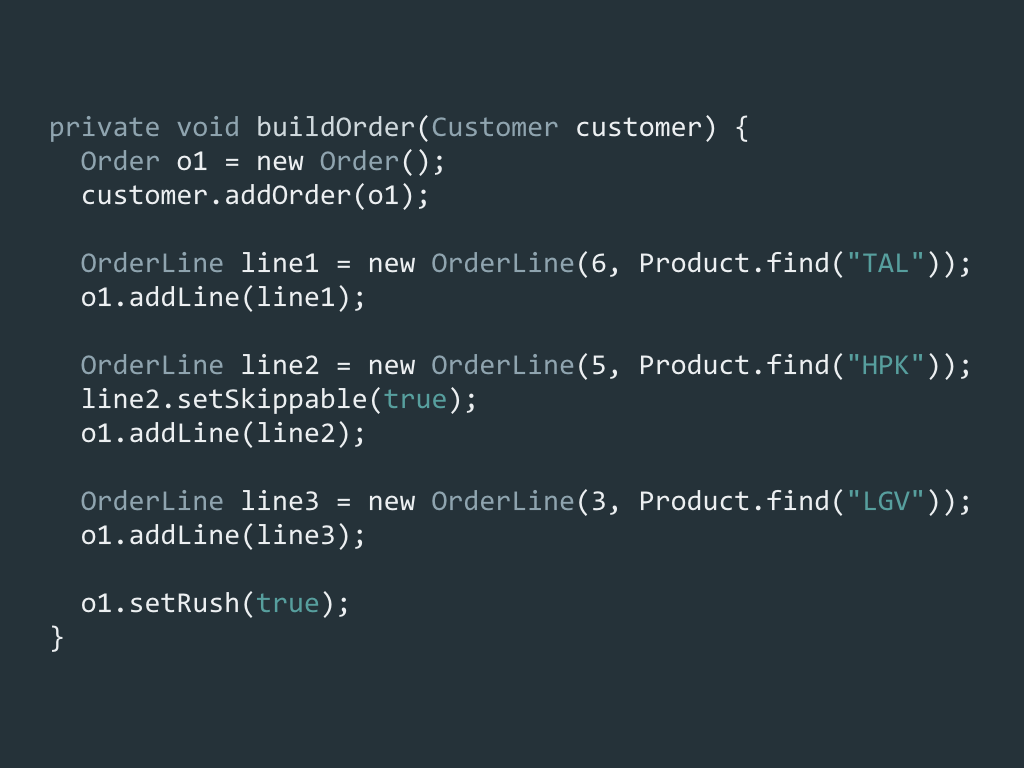 Here we have a fairly procedural view of creating an order, adding some line items and marking it for priority shipping.

There is a lot going on and it's up to this method to know exactly how all these bits and pieces fit together. Some things could go wrong,

An alternative, employing the builder pattern, could look similar to this,

There is much less code here, its subjectively easier to read and understand and there are a few more benefits.

One more very common use of the builder pattern is through the construction of representations of our data and communication across domains. 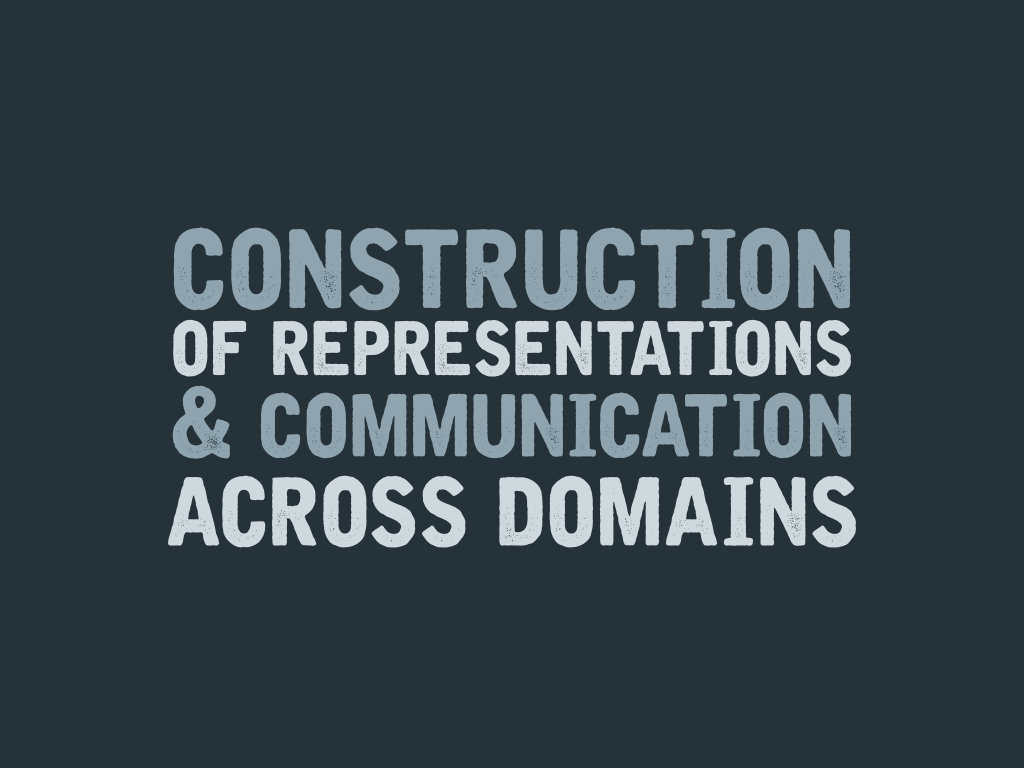 To demonstrate this overly wordy phrase lets take a look at a few examples.

Here is one example of a Java DSL that is used to construct a SQL query. The fluent syntax gives you a consistent language to express your intent and, once complete, the builder can take all the knowledge and convert it into a SQL dialect. A huge benefit to this approach is that it removes the need to manually guard against SQL injection attacks. 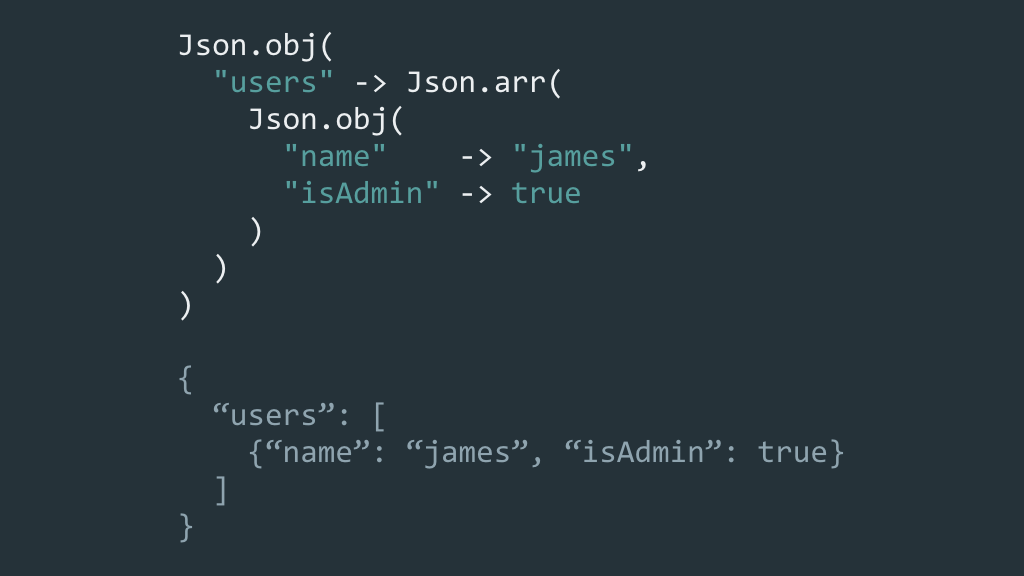 Another example, this time form Scala, uses the builder pattern, albeit rather minimally to allow us to build a JSON representation of a piece of data.

Although it's not wise to end on a low note it is worth mentioning that as with all things in this world the builder pattern has its own share of issues. 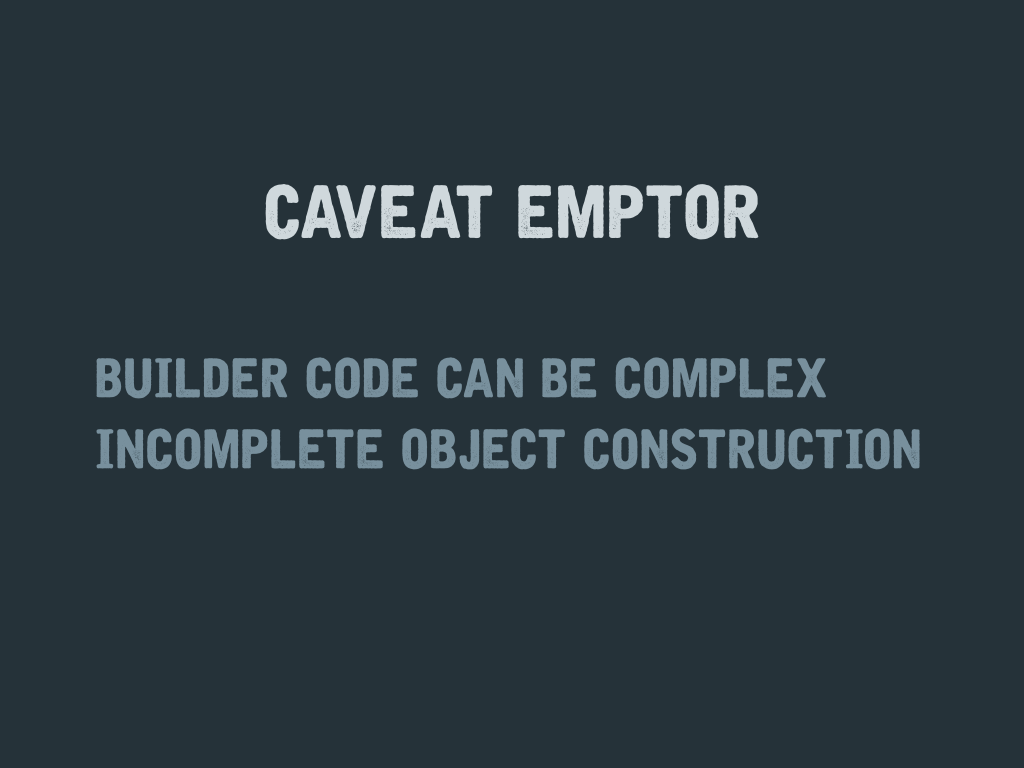 The 2 biggest causes for concern are,