Its been rather quiet around here of late, truth be told I've been rather busy with my work (this peak is a rather large one). Being busy for me usually implies I'm not getting bored on cookie cutter, by the numbers web apps, being busy means I'm doing new interesting stuff. I've been doing a bit of work with the UK Government, specifically DFID (Department for International Developement) around the nobel goal of transaprency and open data. The project involves interrogating a lot of highly connected data in weird and wonderful ways which can mean only one thing - Graph Databases. We tried the relational database route early on and it was causing too much pain to get the data we wanted, 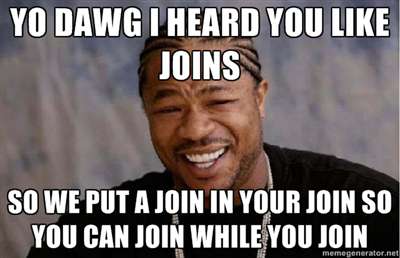 So having recently been enlightened by Jim Webbers talk on Neo4J I decided to try the Graph Database appraoch and it paid off, in spades. Then one humble brag on Twitter later and I get asked to present a case study on Neo4J at the London User Group - and I'm stoked. This is the first talk I've ever given that I don't have to pretend to know what I'm talking about - awesome.

If you're in London on the 28th of November come along and see how I've (probably incorrectly) used Neo4J.